The car rental industry has greatly flourished in the past two or three decades, thanks to a massive boost in tourism and the convenience of getting a well-maintained car for a couple of days. Whether you need to travel between states or move around on your own, renting a car is one of the best options. However, not all car rental companies are in it to serve you. Some are more concerned about what’s in it for them rather than what they can do for the customer.

Most of the time, customers are oblivious that their car rental invoice has a few extra dollars in them, or they avail unnecessary features to jack up the rental rates. Therefore, you should understand how car rental companies try to make an extra buck by being dishonest.

This article will discuss how car rental companies literally “take you for a ride” by forcing you to pay extra and causing you major inconvenience in most cases. 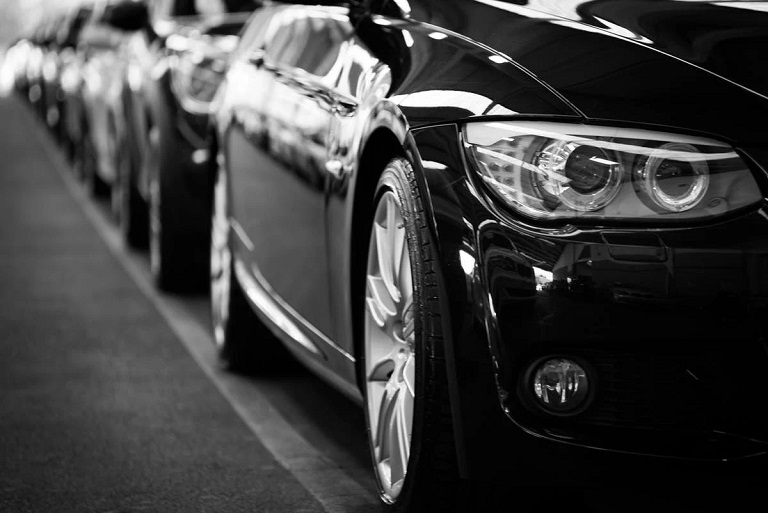 Car Rental Companies and Their Tricks

Everyone has moments with car rental companies – waiting hours and hours for shuttles, being forced to upgrade, condescending counter staff, etc. However, these things are just routine, and some companies take things to a whole new level with their trickery. Let’s look at things you need to beware of if you ever need to rent a car. 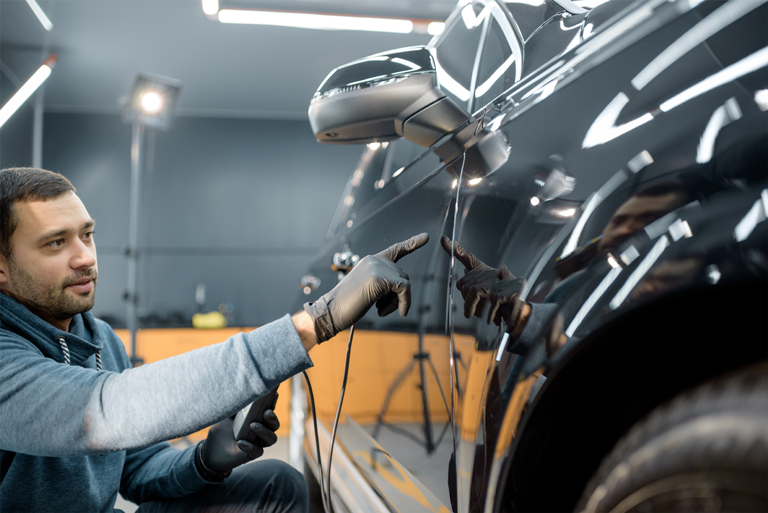 This method is adopted by nearly all the car rental companies out there, and it involves advertising the lowest fares for an entry-level or ‘mini’ category car. These cars are sufficient for up to three people, and car rental companies will set a very low upfront rate on them, which would compel you to visit their office and book it.

However, as soon as you ask for a particular car, you will find that it is unavailable. Even if you have pre-booked it through the app or a call, the counter personnel will casually state how the car has been sold out for days due to the “high demand.” When you ask for the next best option, you pay at least three times the original figure because of an unbelievably expensive and unnecessary upgrade. When you protest, the staff will respond with the classic, “There’s nothing we can do about it,” when you protest.

Now, you can do one of two things: either you will have to go to another car rental company by taking a cab and spending extra money, or you will give up and pay the new fare. Since you are already at the office, you wouldn’t want to keep toiling for a car.

Another trick car rental companies use to pressure the customer into paying for an exorbitant car insurance policy along with their invoice, even if they already have insurance coverage. When you are booking a car, the staff will tell you that buying insurance is mandatory or that you will have to pay thousands of dollars in damages if anything happens to the car. Eventually, you will buy the insurance add-on, and your car rental fare will skyrocket.

If you refuse to avail any of these bogus insurance policies, the car rental companies will force you to make a hefty deposit to rent the car. These add-ons can cost as much as $30 per day, taking your per-day rental cost to another level. The worst part is that the insurance rarely helps you when in trouble. Many customers complain that the tire got blown, and they had to pay to get the car towed and the tire replaced. Car rental agents know which problems exist in the car, and insurance don’t cover it.

Some car rental companies are known to keep poorly maintained cars in their fleet, and you can identify this by the scratches and chipped paint that is only visible upon a closer inspection. Since most people are in a hurry and need the car, they sign the form stating that the car is in immaculate condition when it is being rented out to them.

However, when you return the car, the staff will pounce on you like a hungry cat and start pointing up the chip in the windshield, the scratch on the fender, the broken trunk lock, and much more. Once you state that these didn’t happen on your watch, they will pull out the form you signed and blame you for the damages. Next, they will claim extra money for the damages you have supposedly caused.

If you refuse to claim responsibility for the damages and don’t pay them, they will call the collections department, and you will have to deal with a new set of more unprofessional people than the last. Then, they will try to force you to pay by involving a third party, i.e., a lawyer. One way to avoid this problem is to make a video while the agent is showing you the car, and don’t sign anything before you check the car properly.

Several states in the US have replaced toll booths with the E-Zpass system, which automatically deducts money from the vehicle owners when the car passes through a toll. Car rental companies use this system to their advantage as well. You might be aware that the toll fares for each state are also different, and if you travel interstate, you might have to pay a different fare. 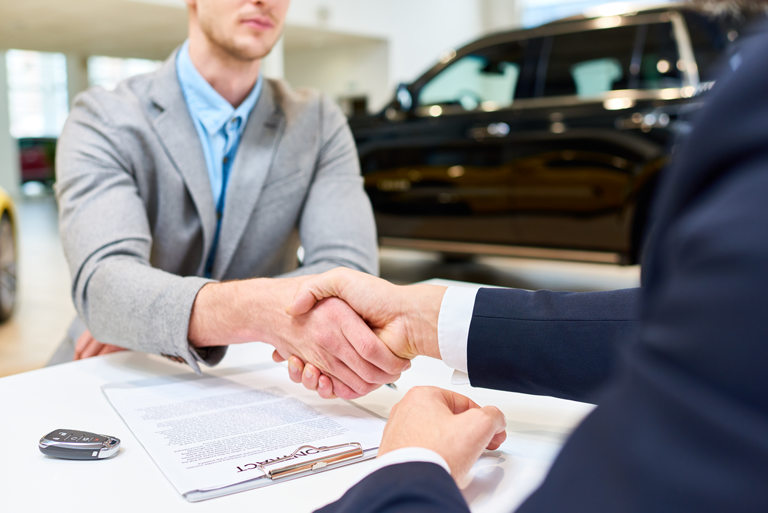 Car rental companies give you cars with a full gas tank and require you to return them fully. Otherwise, you are charged a heavy amount that costs twice or thrice the amount it takes to top up the car at a gas station. If you are in a hurry and forget to refuel the car before returning it, you expose yourself to heavy gas fees that you could easily avoid.

While booking the vehicle, the agent might also trick you into prepaying the gas fees so that you don’t have to worry about refueling the car before returning it. However, this is a major scam, and it costs you much more than you think. If you think of it, the car’s tank won’t be empty when you return, meaning that it has at least a few dollars worth of gas.

You are paying them through the nose for not having to refuel the car, but you are ‘rewarding’ them with the remaining fuel that you paid exorbitantly for. Then, they will sell off the gas you left in the car to the next customer in the prepay option, and the company will end up saving hundreds of dollars this way while also increasing their profits.

Almost all car rental companies advertise unlimited traveling and no restrictions for interstate traveling. Due to this, many people prefer renting a car when traveling between different states. However, since nobody reads the fine print, they fail to realize that the company might have a different fare calculation system when your car touches the interstate border.

What’s more mind-boggling is that not even the car rental agent handling your case will tell you about this. They will conveniently leave it out of the conversation. As a result, you think you can travel to another state without paying any extra fare. However, when the time comes to return the car, you find that the invoice shows a 5-6x amount than the estimated fare. Naturally, you have to pay it because their policies “clearly” mentioned it. 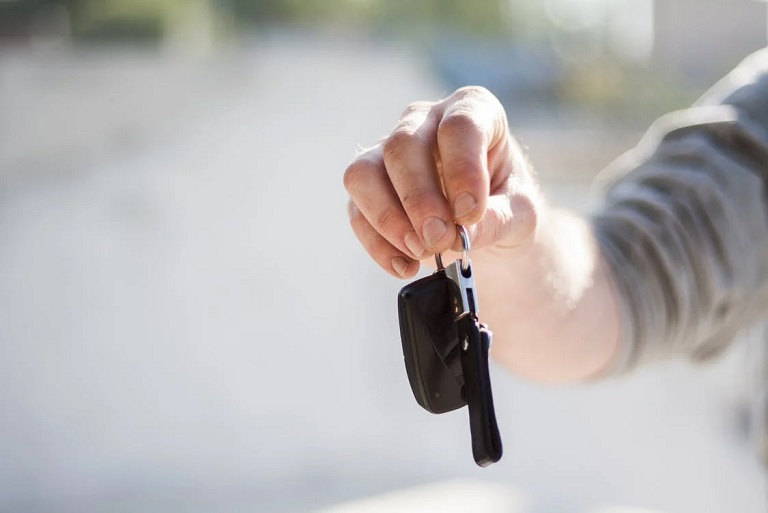 Some dubious and shady car rental companies go the extra mile to scam people and ensure that the customer looks as guilty as possible. Some customers report that they booked a car from a less-known or shady car rental company due to a lack of options. However, they have conveyed a bizarre or unusual return policy that left them scratching their heads.

For instance, one customer said that the company told him to park the car at a daily parking spot at the airport and leave the car keys and rental booking ticket. The company can take the car and hide it for a while. Later, it can claim that the vehicle has been stolen and go after the customer to pay a stolen vehicle fee, which might be equivalent to the price of a low-end car.

While this might not be a scam, most car rental companies hate debit cards, meaning they only allow you to book your rental car with a credit card. One major reason for this is that they aren’t willing to trust that you have enough money in your account to book the vehicle for the specified time. Moreover, they believe that a person can easily book a car for one day, pay the fare, and take off for a couple of days. Then, they might have no way to charge the extra days’ fare from them.

So, even if you are an honest and upstanding citizen with a million dollars in your bank account, you still can’t book a rental car with a debit card, and if you have no credit card, you can forget about getting a car.

Usually, most car rental companies give you two car keys attached with a braided wire, so you won’t think about separating them. The trick behind this is that if you lose the keys accidentally. You have to get the car towing service and also pay for keys. If the car has a key fob, you might end up paying hundreds of dollars for it.

Thankfully, there is a way to evade this scam. FOUND ME has developed smart tags and labels linked to the FOUND ME app. Place a tag on your rental car keys, and in case of loss and someone finds it.  They could simply scan the QR code on the tag with their phone immediately with a confidential chat with you to arrange the return.

If you are interested in learning more about FOUND ME’s easy-to-use technology, simply visit our online platform FOUND ME.

This concludes our guide on how car rental companies take you for a ride. Don’t get into scams by the smiling and pretty faces that greet you when you walk into their office. If you are aware of scams, you will be more firm with them. It is impertinent to mention that not all car rental companies scam you like – especially renowned global companies. You are more likely to experience these incidents when traveling within or outside the country.